Many years ago, several business associates and I attended a trade show in  and were asked by our boss to come down a few days early to enjoy ourselves while he and the CEO were to play a few rounds of golf with some customers.


We didn’t spend an ounce of time surveying our accommodations at our hotel upon arriving and soon headed out the lobby doors to explore .

After a well extended evening of indulging in food, much beverage and conversation with the local natives, the three of us awoke in our suite with no agenda for this beautiful Saturday morning.  In a blur, I gazed out our window and lo and behold, a roof-top tennis court was part of the amenities. Perched atop the parking garage, the court had high brick back-walls on each end and ample fencing on the sides.

One of my associates, not an avid tennis player, but athletic in his own right, had played the game in his earlier days and was quite excited about my discovery (as if it could’ve been overlooked).

The second flight we took, the one we took last evening after our plane touched down, hadn't landed. We weren’t quite lucid yet. Nonetheless, five minutes later we were heading toward the court.

Another thing we failed to survey was the court. We were too excited about this unexpected pleasure and one of us would pay for it later.

At the onset, this was fairly sloppy tennis, not that we were going to play a set, much less a match. After a while we each came into our own groove, playing via adrenaline or all the carbs we consumed the night before. We were just ripping ‘em from the baseline, neither one of us wishing (able) to sprint to the net.

At some point we needed to stop and retrieve balls and one of mine was dead center at the base of the net strap. My buddy picks up a ball on his side of the court and proceeds to kick through net, the ball on my side, to me.

This wasn’t a nice little toe tap, he was going for the winning field goal with just seconds left in the game. His flight still hadn't landed.

One rather large problem (none for which either of us was aware) though, this net strap was not secured by a hook to one of those bars recessed into the surface of the court, it was secured to this monster eye bolt hidden from him by the net strap.

I was about to judge the field goal when I noticed him writhing in pain and rolling around the court. That ball didn’t budge. I thought he had broken his foot or at least a few toes.

I felt his pain, at least until the immediate surge left his body and he began to laugh at himself.

We had a great time at the trade show, but when you attend one as big as this show was, for several few days, standing for hours on end and covering a few miles each day, it isn't kind to a foot that just recently tried to kick a field goal with a strong fixed metal object.

Oh well. It was worth it, at least from my side of the net. 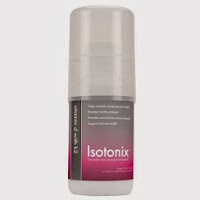