Brain Alignment – The Art of Focus in Tennis

A few years ago a friend and I headed over to Wild Dunes, the wonderful resort in , rated as one of the top ten tennis getaways in the country for the last many years.

We were to meet some friends, take in some tennis and enjoy in February.  Although I had lived their many times before year round and the end of summer can become somewhat tiring with all the beach and tourist traffic, February is not my favorite month in . By the way, I don’t hate tourists – I feel like I have been one most of my life.

The day of check-in we stop by the tennis pro shop, meet Charly Rasheed and some of his staff, and my girlfriend makes it sound as if she just signed us up for a group clinic in the morning. I’m thinking, “Great, we can have fun and relax tonight and not have to worry about some grueling tennis in the morning.”


We met our friends for some drinks before heading off resort for dinner, but the latter never happened. We were having such a good time, we rolled right into appetizers, another round of drinks, then on to dinner and not another word was mentioned about going elsewhere.

Being a night owl more often than not, I hung out downstairs and began to read the book by Charly, Brain Alignment: The Art of Focus in Tennis. It’s a short read (barely over 100 pages), but not a quick read.

I knew I wasn’t going to knock this down in a couple hours, but I am truly focusing on Charly’s primary message (among others) - how to focus in the game of tennis and onward as how this plays into the Three F’s. I’ll leave this reading up to you.

Don’t assume you are going to open this book and be off to the races. Clear your head, send the kids to the store, turn off the spouse and ask the TV to go play outside. See, you’re not focusing. Grab a highlighter and some sticky notes too.

After going to sleep around mid-morning, we go to the pro shop at some crazy hour in the morning and I don’t see the crowd of people one usually sees stirring about at a group clinic, nowhere.

This was supposedly part of a Valentine’s present which was suddenly looking more like a gag gift. I am told to go out to court to meet with one of the pro’s, Shawn Harris. Shawn is a pleasant guy and he asks “What do you want to do?” which I assume means “What do I want to work on?” Well I defer and redirect his question back to him because I don’t want to work on anything just yet. I am half awake and haven’t eaten, which would not be a comforting option right now. His answer: “Hit.” Whew, I didn’t hear “Play a match”.

Typically when I hit with anyone two or three levels (Shawn was more) above me it takes about 15 minutes of hitting just to get my feet and body moving to the raised pace. For some reason, within in about fives strokes, I am in my groove and my rhythm is right. I’m catching the ball early, recovering quickly and readying for his next shot.

I am certain Shawn is not going all-out, but he isn’t giving me that typical let me see what you got work-up period most teaching pro’s give you when they have never seen you play. Perhaps the giver of this gift intentionally overrated me. We ripped ‘em for an hour with three one minute water breaks. Thanks Shawn.

Shawn could have been the Michelin Man (cool guy) and I wouldn’t have known because I was focused. He was in my peripheral vision until he was preparing to and hitting the ball, but other than that, the ball was my Thomson’s gazelle and I, its cheetah – too much Animal Planet.

Fortunately the last thoughts I had, having gone from a dead sleep to tennis court in less than ten minutes, came from Charly’s book and all I could do was focus and let the rest of my body do what it knew to do.

Okay, it’s not that simple, but Charly has found a way in his book to break this down and there is other well thought advice and technique provided.

To me, there is this approximately 10 foot semicircle in front (perhaps behind) of me which becomes my domain whether I have to create it or get to it. In doubles, perhaps smaller, with a little more room for flexibility, but you still have to own it. I don’t know if Charly mentioned this in his book, but it came to me from reading it.

There is great information for doubles positioning strategy and a killer analogy about targeting using airport urinals. I had to mention the latter – it’s too true.

Take what you can from Charly’s book and work with it. Come back to it and read it again and you’ll discover even more. On top of this, the book fits well in any tennis bag – good read, great tools. Check it out. 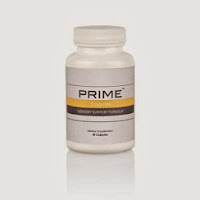