Looking Back, I Could Have Been in the Dog House 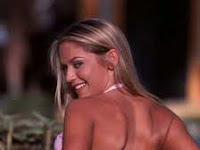 Many years ago, my mixed tennis partner, for whom I also shared a relationship (my ex-wife) off-court, had a very strong game, but we would rarely wait to find another mixed team to stir up a match.

Often we would hit against two guys and usually did well and went undefeated as an 8.5 mixed team a few seasons later.

She was wonderful to play with, communicated well on court and we rarely had a bitching session after any set or match. We let it go if we lost and we would work on whatever was needed the next time we took to court. If we won, we congratulated each other, gloated for a few minutes and we were off to do whatever.

One day we had a pick-up match with two male friends of ours and their game was on, but we were hanging right in there.

Well, we have all heard that if you are the net player, you have very little reason to look back at your partner.

Everything I know about this practice has to do with while the ball is in play during a point. For some reason, on this day, I somewhat broaden the scope of this philosophy.

I was receiving in deuce court and she was playing net. Our opponent was readying to serve and I imagine I was the bonehead holding the ball he needed. I had no clue where the other ball was and after realizing I had it, I rushed a drop-volley from my hand to give him the ball so he could serve.

When providing balls to my opponents or partner between points, I am usually very accurate and my feeds are polite (easy-to-handle). For the most part I was polite with the feed to him (a little more pace than needed), but my accuracy was way off and this didn’t help my wife one little bit when she decided to look back.

I didn’t hit in her back or shoulder – I nailed her in the right side of her face as she looked over her shoulder.  This is one of those errors you apologize and beg forgiveness for immediately at least three thousand times, as many times as you can during the game, perhaps the next one and during several change-overs, hoping you will be forgiven by the time the match is over.

But, like I mentioned earlier, with her, when the match is over, it's over - what a lucky dog.

A new tennis outfit would be a nice make-up gift.