I don’t feel bad line calls are the number one topic of tennis play overall on the local league level, but it almost always seems the most prominent issue (other than one’s own lack of good play or opponent sand-bagging) for players walking off the court after a match, win or lose (usually having lost).

If I don’t agree with a shot-call and don't have a better point of view (court position) than my opponent, but his or her body orientation at point of contact doesn't allow for a focused, not peripheral, look at the ball, as in not recovering well enough to view the placement, I will challenge.


On the flip side, if I know my shot is out, but my opponent could not possibly have a clue as to its placement (such as recovering from a shallow wide shot with their body and head moving 90 degrees away from court), I'm not going to challenge their out call. They probably shouldn't even be making a call, realizing their visual position, so-to-speak. Yet, I have seen opponents, who for all practical purposes (in regard to a shot) have a bag over their head and they call a close in shot, out.

If my opponent is not looking at the ball when the ball strikes the court and I hear "out" (or any hand-signal I don't understand or agree with), believing the shot was in, I will challenge – one cannot call a shot one is not observing. It’s that simple unless it is way out or obviously out. In such case I would not be challenging the call anyway.

If I believe my opponent is making bad calls for some tactical reason I will challenge every suspect call and eventually give him no opportunity to make a bad call. Most players don’t repeatedly make bad calls, except for the habitual few and the blind, unless they are in jeopardy.  This is when you provide them with some shot placement they cannot handle, perhaps taking more balls at or closer to the net. I don’t know too many bad line callers who can run down a good drop shop or a shallow and well angled shot that is well within the lines. Most bad call-makers are lazy and may not want to attempt to own a shot-call you are closer to than they.

In doubles, as the returner's partner, you'll probably be stationed somewhere near the service line with your body positioned toward your net opponent.  Some will tell you it is not your job to judge the serve placement for your partner. So what else are you going to do while standing there? You aren’t returning the ball. If you have the right posture and a discerning look at the serve placement, I doubt if many opponents are going to challenge your call. Plus you take the responsibility away from your partner from making a call (particularly on the service line, perhaps the center line) from a visual disadvantage.

But, if you are standing there looking for the Goodyear blimp or with your hands (well, at least one) in your pocket, you may have a difficult time convincing your opponents of the validity of your call. Make an accurate call.

Secondly, if you can’t confidently make a call because of the pace of the shot or because of you being out of position to see the shot, call it good and realize you may not be in the same league (not literally) with your opponent. Take the loss and go work on your game.

A country club for which I was a member of in hosted one of the largest non-sanctioned tournaments of the year; yet, with some of the most formal protocol. As well as participating in this tournament, I volunteered to assist with whatever they needed.

I soon realized I am sitting in a class to become a court monitor. What the heck is a court monitor? It was like carrying a firearm with no ammunition, but it worked.

We were stationed between every other court, at the net posts, not to make line calls, but to settle disputes regarding any bad calls, the score or violations.

Other than advancing my tan a darker shade and getting a sore neck from watching tennis at such close proximity on two different courts, I had no clue as to why the hell I was there. Well, perhaps I did.

After monitoring over eight matches, I had only helped settle one dispute. For some reason, having another party with perceived authority over a given match, quelled or negated those little inaccuracies that typically occur on court – go figure. If you feel you are being wronged by an opponent’s line calls during a tournament, ask an official to provide a referee to moderate your match.

League matches are typically well structured, yet one rarely has a resource available to officially referee a match. So, make the inquiries you must of your opponent’s suspected bad calls by saying, “Are you sure?” and continue to do so when needed. If you feel this bad line calling continues, petition your league coordinator.  Chances are good that if your opponent habitually makes bad calls then they have done it before and your league coordinator is familiar with the same. And, if you experience this during other matches, beyond league play or tournaments, competitive or otherwise, then find a new tennis crowd. Chances are quite good these types are not going to help you advance your game.

On the flip side, don't challenge line calls when having no basis for doing so - this is equally as irritating.

Make the right call, don’t make calls you can't accurately claim and expect the same from your opponent, challenging your opponent without hesitation when you feel the need.

Let’s face it, except for a few rare occasions or certain tournaments, us amateurs aren’t afforded a referee, much less some line judges.

Keep it sane, civil and have fun.

If you have helpful or interesting info, please go to Speak Up! and tell the rest of the tennis world. 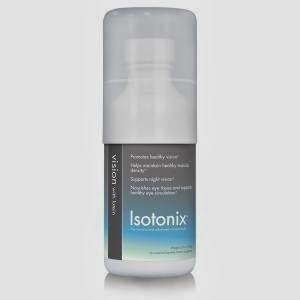