‘Til Match Point Do We Part 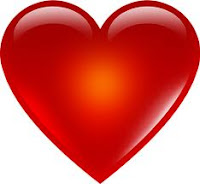 Not all of us, but many of us, somehow will or have ended up (some, many times over) on the same side of the court with someone near and dear to us, perhaps our spouse or significant other.


This shared interest in tennis by two who also share a strong interest in one another comes in many forms and fashions and this courtship begins in just as many ways:

In other words, the courtship begins on-court or the relationship somehow takes to the court.

And even if you haven’t been involved in one of these relationships, you have probably noticed them quite quickly from across the net:

1.   The utopian (real or perceived) form of harmony between your opponents – the affection is more than obvious, perhaps enviable, perhaps distracting, perhaps sickening.
2.   Near civil war - detected by the slightest, but wounding looks, gestures and near muted ill remarks
3.   All-out battle – short of some on-court counseling or attitude adjustment, the sabers are going to be drawn at some point
4.   The innocuous-looking pair who plays like well-adjusted tennis partners – other than the occasional hug, peck or someone telling you so, you would be none the wiser to their affection for one another.

While we (you) have this vantage point, a few pointers – pay attention, as to save space here, I am going to refer to item numbers above.

Firstly, the assumption is that all players are of similar rating and skill level.

You and your partner may be able to take advantage of 1 if their love for one another prevents them from communicating honestly and making corrections to their play and your game, but 1 can be dangerous if they can communicate on some level you are unaware of and/or they sense that their love fest irritates you.

If 2 can unite and not secede from their union, they may recover and give you a run for your money or you can force those errors (or create the shots that produce the most forced errors, if be the case) and allow them to chide one another, you and your partner not gloating on nor sympathizing with the love-hate thing they have going on.

As for 3, they probably shouldn’t be on or perhaps near a court together, so just let the situation deteriorate, but don’t let their little tirades and innuendos interfere with courteous and timely play and progression of the game, throwing you and your partner off balance.

The most dangerous of all is 4. For whatever reason, these two playmates have figured it out and something in their off-court relationship or personalities, their communications before, during and after the match, makes it happen and come together. These two love birds fly together on-court and the only time they will show their talons is when taking points away from you and your partner.  Note: If you and your partner are also in another partnership and you are a 2 or 3, you may wish to learn something from 4 quickly to stay in the match and if you are a 1, you may wish to emulate 4 and capitalize.

Let’s get back to the “love” side of the court. Have reasonable expectations of your significant other and do your best to treat this as a court partnership, communicating, not assuming you know them on the court as well as you do off-court. In light of this, try not speaking to them as if you would about where to have dinner, the children or your expenses, yet not being apprehensive about discussing your opponents play, shot selection, changing your game plan, etc.

On-court critiquing and coaching rarely works with a regular tennis partner during competitive match play, so don’t assume you are suddenly at liberty to impart such to your significant other simply because you are partners off-court – save this for casual play, drills and other such events when you both agree prior that you are going to work on your collective game together, his game, her game and so on.

If you are going to huddle, talk about what you can do to turn the match around or close it, not about what hasn’t gotten you there thus far. Don’t be the head football coach slamming the clipboard down every other play. Play your hearts out and have fun doing so.  At the end of the day, chances are good you play tennis together to enjoy it and you probably have more important things going on in your lives – you might as well enjoy this part of it.

If all else fails, you and your partner should agree, without throwing tantrums, breaking rackets or crushing tennis balls several hundred feet into someone’s backyard or the parking lot, that you will chat about the match for a few minutes afterwards and then let it go, working on your game together some other time. And there will be time - I know players who can recall specific matches for months and years to come. Funny how that happens.

Enjoy the game together, communicate in a healthy fashion, have fun and win when you have the opportunity.