I Toad the Line 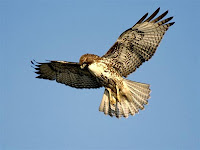 Pete is not terribly fond of this story, but then again he has on more than one occasion said, "Sh@# happens."

Okay, it was a beautiful and less-than-normally-humid day in South Carolina on a summer day – quite rare. My girlfriend(ex) and I went out to hit for at least an hour, perhaps more.

This was usually an opportunity for me to feed her some shot she’s not used to, always willing to work on any aspect of her game as she has progressed over the last few years from a 3.0 to most likely a strong competitor at 4.0 by now. We would often work on certain strokes, me willing to be anywhere and provide her, as best I could, the shots she needed to work on.


This day, as I had not been on the courts for a few months, I felt as if I was in jeopardy of losing a match to her if I didn’t get my ass moving.  She was placing shots and working the angles. I can’t take much credit for her tennis accomplishments, but for a brief moment, I felt I may regret ever getting her involved in tennis – just kidding. She’s good.

Well, this club was fairly wooded, with many tall mature trees and we were used to seeing the occasional hawk or other bird of prey flying above. I’ve had my time with bats during night play, but this was quite unexpected.

The activity overhead seemed to be more than usual to the point that I didn’t need to look above as I would often see the shadow cast by a hawk flying above, which meant they were close. She ripped a deep shot just at the baseline and I am forced to back-up so I can possibly come through this ball and end this point.

I typically stay in good shape, with plenty of endurance and stamina, but as I said, I felt challenged this day and was more than willing to end any point as soon as I could – the Fitness Queen was wearing me out.

As I stepped back, behind the baseline, and began this well-choreographed stroke which I knew she won’t be able to return, I saw this shadow on the court becoming much larger and I heard this whoosh of air just above me. I completely missed the ball while ducking for cover.

A damn hawk had only missed my head by a few inches, and at that point, I had no clue as to why this happened.A few points later, I had to retrieve a ball from the adjacent court and this is where I discovered a huge toad, about 12 inches in length, lying on the baseline.


Some animal had started with him as a meal, but could not return to finish him off.This hawk decided I was intruding on his next meal. He probably dropped it or was challenged midair, wanting to make certain I didn’t partake of his dinner.
Posted by Doug Ingbretsen