Grin and Bear It 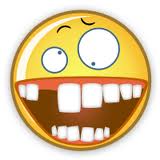 I am certain most of us know someone whom has gone through or is going through a break-up in a relationship or marriage.

And then we know those whom tend to take these troubles out on most anyone at most anytime, for whatever or no reason, for months on end. Hey, it happens to the best of us.

As a member of a country club back in the ‘90s, where we had 11 courts, with only two being clay, most members cherished the opportunity to get a reservation for the clay.

A few other guys and I, most with a regular partner, would reserve one or both of the clay courts for early Saturday or Sunday morning, roughly around

Well, the night prior to a certain court date, I spent most of the night playing cards with a friend and his wedding party, smoking stogies and partaking of adult beverages. A few of these guys were fair tennis players, yet they weren’t serious enough about the game to get up early on a weekend day to play a match, particularly after a night like this, with less than three hours of sleep.

Yet, I did. My regular partner and I had played at a variety of levels, at various tournaments. He knew I had very little sleep, but that I was focused and ready to go.

Another tennis friend of mine and personal friend of the others, the one going through the marital complexities, showed up in expected form, with a lot of wit and sarcasm, and an emotional edge that was almost as sharp as his tongue.

As the match progresses, I’m playing, not way over my head, but more so, the way I practice, and I’m not putting much thought into to any shot. I’m simply focused on the game, where my partner is and where our opponents are not. You know what I mean. This is the point where most pro’s tell us we need to be during match play - get over yourself, play the court and out-play your opponent.

We took the first match rather quickly, prompting them to ask for rematch rather than switching partners as we would usually do after a match.

Mr. Marital Bliss was having a difficult time during the second match, showing disgust for himself, more so than for us, while his partner was providing much contention and tolerating his partner’s attitude. Of course, Mr. Bliss was our target.

My partner and I couldn’t commit an error, much less an unforced error.  In fact, this was the match when I first hit a sliding forehand shot, about mid-court, just below the net  and outside the net post, landing nicely inside the opponent’s court, deep and out of reach. We were on fire.

We took them down again and just after the final match point, Mr. Bliss takes that little anger swing at the court, not the “I want to destroy my racket” hammer stroke.  You know, just the one that slightly skims the surface as to not cause much damage to racket.

The next part was somewhat gruesome, us other three seeing it as we all approached the net for the typical post-match handshakes.

Unfortunately, his stroke came from back to front and the follow-through of Mr. Bliss’ racket came around and upward and knocked out one of his teeth.

Nothing about this was the slightest bit humorous and I am certain, with modern dentistry, all is well.

Some people would do better by taking the opportunity on court to temporarily escape life’s other issues and focus on the game, doing so without such misdirected anger.